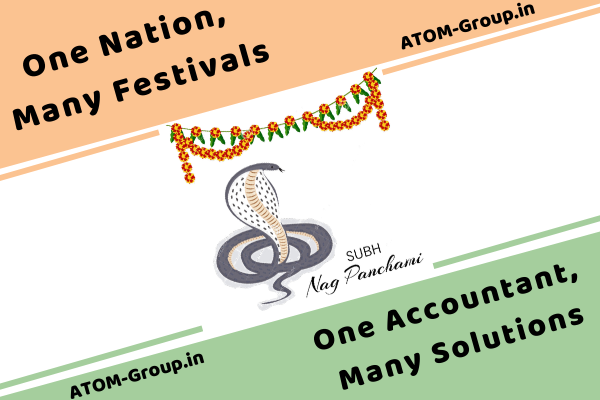 Naga Panchami is a day of traditional worship of Nagas or snakes observed by Hindus throughout India, Nepal, and other countries where Hindu adherents live. The worship is offered on the fifth day of bright half of lunar month of Shravana (July/August), according to the Hindu calendar. Some Indian states, such as Gujarat, celebrate Naga Panchami on the dark half (Krishna Paksha) of the same month. As part of the festivities, a Naga or serpent deity made of silver, stone, wood, or a painting of snakes is given a reverential bath with milk and their blessings are sought for the welfare of the family. Live snakes, especially cobras, are also worshipped on this day especially with offerings of milk and generally with the assistance of a snake charmer.

In the Mahabharata epic, the sage Astika’s quest to stop the sacrifice of serpents (Sarpa Satra) of King Janamejaya, is well known, as it was during this sacrifice that the Mahabharata as a whole was first narrated by the sage, Vaisampayana. This yagna sacrifice was performed by Janamejaya to decimate the race of Nagas through killing every snake in existence to avenge the death of his father Parikshita due to the deadly bite of Takshaka, the king of the snakes. The day that the sacrifice was stopped, due to the intervention of the Astika, was on the Shukla Paksha Panchami day in the month of Shravana. That day has since been observed as Naga Panchami.